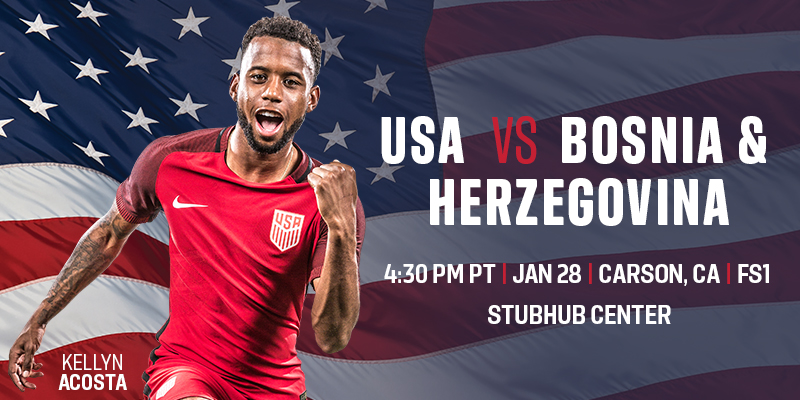 Watched most of USA vs Bosnia and Herzegovina game tonight. Can US Soccer coaches pick players who can actually play soccer?

Bosnia and Herzegovina literally ran circles and passed in triangles around the USA team. US players struggled to just trap the ball at times and our defenders were run ragged by many Bosnian dribbles. In one play a Bosnia player beat 5 USA players just 6 yards out from the USA goal line. In 2 consecutive plays the same US defender fell down while being beat by the Bosnian winger. What’s going on here?

If this is USA’s idea of progress and/or improvement then I have to change my citizenship to Brazilian. This was just awful. And I still wonder, does US Soccer want to win? They left USA’s leading goal scorer over the past 5 years on the bench again while “Team USA” failed to score a single goal.

Bosnia and Herzegovina had real soccer players, who could trap, pass, and dribble, while USA had a bunch of awkward and slow looking athletes who struggle with basic skills like trapping and passing the ball, and it’s not like Bosnia had a team of veterans. There were more than 6 brand new players making their national team debut for Bosnia and Herzegovina. One Bosnian player was even 19 years old. It’s not like it was the A team for Bosnia.

Bosnia also had a legend of a former player, former FC Barcelona midfield Robert Prosinečki, as their head coach, so it’s no wonder they were double passing and dribbling around the US team from end to end. They just lacked the shooting ability to finish the game with at least 3 goals.

Bosnia and Herzegovina is a country with a total population of just 3.5 million and is only 19,000 square miles in size. One of the Bosnian players is a former USA youth national team player who is currently playing college soccer in Iowa. To put it in perspective Bosnia is about the same size as Ventura County and Orange County combined. And the USA got embarrassed on the field by them, if not on the scoreboard. USA just got outclassed by the Orange County U23 all-star team.

The American TV announcers struggled to keep their commentary on the topic of the game at hand, that was actually on TV being played (USA vs Bosnia and Herzegovina), and let their conversation drift to topics like women’s soccer, college soccer, US Soccer presidential election. You could tell they were bored. USA still can’t even get a real play by play soccer announcer who can stay focused on the game at hand!

I’ve read that the stats call the ball possession 51% to 41% in favor of Bosnia and Herzegovina, but the reality was that it was more like 70% for Bosnia and 30% for USA with Bosnia missing a penalty kick and at least 5 clear shots on goal from within the box. Sure, USA had some chances but the chances for Bosnia were 5 times greater.

It’s a sad time for soccer in the USA. Let’s hope this entire US Soccer regime get’s flushed out with the new US Soccer president. Unlikely, but one can only hope at this point.