Mark Hetherington reports on fan-friendly events in and around Albufeira and Faro.

This Tuesday a group of England supporters got together to do something a bit different from the usual morning of breakfast and hangover recovery here on the Algarve. We all met up with Graham Jamieson from the British Council on Fisherman’s Beach in Albuferia to help with the morning’s beach cleaning! Glamorous stuff I know, but it had a surprisingly good impact, and it actually managed to be a bit of a laugh. One or two of us even became media celebrities, thanks to the coverage from Sky News!

The event had been organised by NorthWest Englandfans and the British Council as a kind of thankyou to the Algarve people for hosting so many fans during Euro 2016. A small gesture that we think went down very well with the locals, especially the local fishermen – from the photos I’ve sent in, you’ll see two old chaps keeping a close eye on us. They were very pleased to see us and likewise it was nice for us to be able to have a chat with some of the people who make up the community down here. Graham acted as an able interpreter so I think we made some new friends there!

The next day, 16 June, a few of us from the NorthWest group travelled up to Faro to visit two very important places. First off we visited the Boys Refuge in Faro and met up with children and staff there. The Refugio is a center for 6-16 year-old boys who are in need of shelter and care. They are privately funded so they don’t get much money from the government. We took a load of football shirts donated by fans back in England and we will be going back later in the tournament to deliver proceeds of our Treasure Hunt and Charity Auction on the 19th. The staff and kids were great and we were treated to a fantastic lunch of local food and drink. After that we made our way over to the Refugio Aboim Ascensao where we had a guided tour from the director and met all the children there, aged between 0 and 6 years old. We were there to deliver a load of soft toys and clothes donated by our members and the British Council. The work being done there is amazing, children being cared for in a loving and safe environment thanks to the hard work of the staff there.

It was a very valuable experience all in all and we are committed now to helping out these places whenever we can. Its hard work organising stuff especially during what amounts to our summer holiday but these two days I’ve mentioned make it all worthwhile. 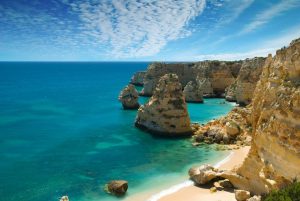