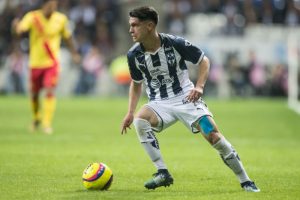 Jonathan Gonzalez could be one of the best soccer players, yet he was caught. These US Soccer employees are hilarious. The last sentence in the quote from the Sports Illustrated article, shown below, says it all. Mystery solved. How do you expect a player that you cut from the last U20 World Cup to trust you to select him in the future?

Trust is everything. And there are even conflicting reports from the top US Soccer scout and the players dad as to if the player was ever personally contacted or recruited for the full US National Team.

I suspect, just a guess, that Gonzalez felt that he proved that he was better than most of the players on that USA U20 World Cup team by making the all-star team for Liga MX in his FIRST year as a pro and that he was already feeling slighted by US Soccer and when they didn’t make much of an effort, according to Gonzalez’s dad, then the decision to switch to Mexico was easy.

Actually, for Mexico he has a real chance to reach the pinnacle of club soccer in playing for the top two professional teams in the world over the past 15 years, FC Barcelona and Real Madrid. This is something that no USA-American player has ever done but at least three Mexican players have.

So playing for Mexico gives American-born and raised player Jonathan Gonzalez more of a chance to become a truly world-class player. And again, being cut from the USA U-20 team and then expecting the player to wait around for US Soccer to select him in their own sweet time just shows the arrogance of US Soccer and how out of touch they are with being able to identify talented players.

US Soccer may be the only national federation that has this kind of arrogance. There is a sense that US Soccer feels above the star players that make up it’s national teams. This isn’t the case in other top soccer countries like Germany, Brazil, and Argentina. In fact, in Argentina Lionel Messi retired in protest of the then current state and personnel of the Argentinian federation. Does anyone really believe that if US Soccer’s best player quit in protest that anything would change or executives would be fired?

Also, remember that Gonzalez rose to fame because he tried out for an independent Hispanic based soccer talent search in the USA and was then picked up by and trained by Monterrey’s youth team before becoming a Liga MX All-Star in his first year as a full professional in Mexico, home of North America’s highest paying and top professional soccer league. US Soccer proves time and time again that it is unable to reliably notice and value truly talented soccer players.

Personally, I say good for him and hope he reaches his full potential as a player and has many exciting adventures and experiences in soccer.

“Sarachan claims that Gonzalez was valued, and that he was part of U.S. Soccer’s long-term plans. Whether or not the federation made Gonzalez feel the opposite—and if so, how—obviously is at the core of the criticism.

But Sarachan insists the player was on the national team’s radar. One month after turning 18, Gonzalez was one of coach Tab Ramos’s final cuts from the U-20 World Cup squad that made the quarterfinals in South Korea.”