No summary of Portuguese greats can start anywhere other than with Eusebio da Silva Ferreira, undoubtedly the greatest player Portugal has ever produced.

From the humble origins of Maputo in his homeland of Mozambique “ The Black Panther” would emerge as one of the World Cup’s most lethal strikers. His success was to combine searing pace with ferocious shooting and an uncanny ability to dribble in and out of the toughest defences in the world. He came to prominence in the sixties, helping Benfica to unimagined heights at home and abroad. In 1962 he scored twice to set Benfica on the way to their stunning European Cup triumph over Real Madrid in Amsterdam ‘s old Olympic Stadium. When Madrid ‘s legendary Hungarian captain Ferenc Puskas symbolically handed his jersey to Eusebio after the match, the image was a poignant one – the torch had passed, and in 1965 Eusebio was named European Player of the Year.

But while Eusebio excelled with Benfica in Europe , it was his exploits at the 1966 World Cup for which he will be best remembered. His nine goals in England propelled Portugal to a third-place finish and a succession of opposing teams simply had no answer to the power and pace of his play. He scored twice in the 3-1 victory which sent holders Brazil out of the competition. His spectacular volley for the second goal is one of the World Cup’s most enduring images, a sublime piece of lethal, athletic finishing. In the quarter-finals Eusebio was unstoppable, pulling off a one-man rescue act after Portugal were 3-0 down to the minnows of North Korea at Ayersome Park , Middlesbrough . The Koreans were brushed aside by a four-goal blast from Eusebio as Portugal came back to win 5-3. In the semi-final against England Eusebio was effectively marked out of the match but still managed to find the net once more, as he did in the third-place play-off win over the Soviet Union.

Mario Coluna (“Coluna Vertebral”) was the towering captain of both those 1960s Benfica and Portugal sides and, in keeping with Portugal ‘s reputation for the production of flair players, was a terrific midfielder who was superbly effective at instigating forward raids with clever passes and surging runs through the middle. Many of Eusebio’s goals were ably supplied by Coluna’s clever through-balls from midfield.

Since those heady days, Portugal have produced two more exciting sides: firstly the European Championship side of 1984, which reached the semi-final in Marseilles on the back of the weaving trickery of Chalana and the towering presence up-front of Jordão. In that never-to-be-forgotten game, Portugal took Michel Platini’s France to the wire before losing to the odd goal in five after extra time.

The present crop of Portuguese footballers (“the golden era” ) is led by the inimitable Luis Figo. Figo, a product of the Sporting youth academies, has grown to be European Footballer of the Year and a deadball specialist with Barcelona and now Real Madrid. He is as much the talisman of Portugal ‘s Euro 2004 side as was Eusebio in 1966. The accuracy and bend of Figo’s trademark free kicks, delivered with either foot, makes him the epitome of the modern flair footballer. Alongside him, the industry and simplicity of Rui Costa’s high energy game may pale slightly, but Portugal is certainly the richer for these two excellent midfield schemers. 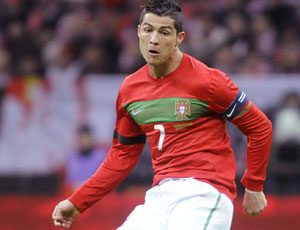